Newspapers are in the crosshairs

Although thoughtful people can, do, and should disagree, let’s remember there was a time when elected officials "led" as well as protected their incumbency. There used to be a few sacred policies not to be disturbed. Anti-Communism, our only true national religion, was one of those sacred scripts, at least until July 16 when President Trump sided with Russian President Vladimir Putin against his own intelligence community on Russia’s interference in the 2016 election.
Trade policy is another of those sacred cows.

Whether Republican or Democrat, we have has always generally agreed that our evolving trade policy should help, not harm, citizens. Trump’s current policy of levying tariffs on imports of uncoated groundwood paper - paper for newspapers, books, et., from Canada harms citizens. Not only the 600,000 who earn their paycheck in the publishing industry but every other citizen who depends on the Free Press. This is what happens when the schoolyard bully is in charge. 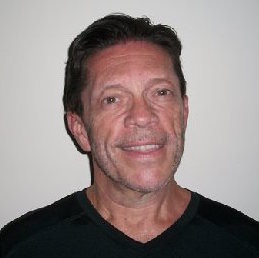 As a constituent, I want to thank you for your public service.

As the founder of Central Voice, a newspaper now affiliated with Press & Journal Inc., Middletown, Pa., I ask that you consider contacting The Honorable David S. Johanson, Chairman, International Trade Commission to discuss tariffs levied on imports of uncoated groundwood paper from Canada.

These paper imports neither injure nor threaten injury to the domestic uncoated groundwood paper industry. The facts before the Commission fully support this conclusion, and any other result would put at risk hundreds of thousands of jobs at American newspapers, book publishers, printers and pulp and paper companies, and threaten to shutter dozens of newspapers across the country.

There are 600,000 American workers in the newspaper, printing and publishing industries as well as millions of American newspaper readers.

Background –
The sole petitioner in this case, North Pacific Paper Company, a small paper mill in Washington State, has failed to demonstrate that the U.S. industry is being harmed by imports from Canada. About 90 percent of groundwood paper from Canada is delivered to the Midwest and Northeastern United States, not the Northwest region served by North Pacific Paper. To the extent that North Pacific Paper is experiencing declining sales, so is the rest of the industry because of the industrywide shift from paper to digital. Throughout the industry, demand for newsprint in North America has declined by more than 75 percent since 2000.

The imposition of antidumping and countervailing duties based on North Pacific Paper’s unsupported injury claim would needlessly exacerbate serious challenges faced by local newspapers and printers and their paper suppliers ­ throughout the United States. The newspaper industry is already under severe economic stress as readers move to digital news content and advertisers shift to online platforms like Craigslist, Google, and Facebook. As a result of this shift from print to digital platforms, more than 250 newspapers have been closed or have eliminated newsprint editions in the last 10 years.

The new tariffs could prompt the demise of many struggling local newspapers. At the Tampa Bay Times, for example, Chairman and CEO Paul Tash reported that the tariffs are increasing the newspaper’s operating costs by $3 million annually and forcing layoffs at the publication. At the Ozona (TX) Stockman, a small family-owned newspaper, panic was set off in May when a supplier said no more paper would be available after July. The owners had hoped this year to pay off the note they took out to buy the paper, and now are not certain they will be in business by the end of 2018. Similar newspapers and other publishers across the United States face the threat of layoffs and closures, particularly for smaller publications and businesses serving local communities.

Beyond specific direct and indirect job losses, the closure of local newspapers damages the fabric of America more broadly. A free press and informed citizens at the local level are at the foundation of democracy. In many towns and rural communities, the local newspaper is the chief source of information that affects daily life for citizens, and keeps the community connected with one another. Local papers hold public officials accountable and preserve a sense of community by reporting on civic activities, high school sports, and issues relevant to local citizens. At best, the tariffs will mean less local reporting. At worst, it will mean no local reporting and proliferation of “news deserts.”

These grave implications are not offset by benefits to the U.S. pulp and paper industry. In fact, the opposite is true. The tariffs will harm American paper producers, as newspapers and printers across the country who have already cut their raw paper consumption to counter increased costs. The industry’s customer base, the U.S. printers and publishers, are facing ruin as the price of newsprint soars. Ultimately, the total amount of newsprint produced in the U.S. will decrease at an even faster pace than its current downward trend. For that reason, U.S. paper manufacturers and the industry’s primary trade group, the American Forest and Paper Association, opposes the tariffs.

The careful and balanced application of trade remedies is essential for protecting American companies and workers from unfair or illegal trade practices. In the case of the tariffs on groundwood paper, it is clear that North Pacific Paper is clearly seeking specialized protection for itself at a very high cost – the destruction of tens of thousands of jobs in the printing and publishing industries, and the closure of local newspapers that are the glue of communities and central to local self-governance in every corner of America.

I am confident that the ITC’s investigation will demonstrate that North Pacific Paper’s attempt to misuse trade remedies is already inflicting harm on the very industry the tariffs are supposedly protecting, decimating local journalism and the livelihoods of hundreds of thousands of Americans.

I thank you for your consideration of this urgent plea. I am confident you will end this misguided and inappropriate use of our trade laws.

Biggest impediment to health and wellness

My road to recovery led me to a Chipotle