Here’s what is at stake

These are the first big cases being heard by the Court since Justice Kennedy left the court. Kennedy was a champion of LGBT protections and his absence on the court leaves many wondering if the outcome of these cases will be protective of LGBT rights in the workplace.”
By Sharon R. López, Triquetra Law

Editor's note: This story is in Sept-Oct print edition of The Central Voice but it’s heating up in media coverage so want to get story out there. Lopez is a Lancaster-based attorney. She will be in court Oct. 8 to hear firsthand oral arguments. We go way back to the 80s ala community work. 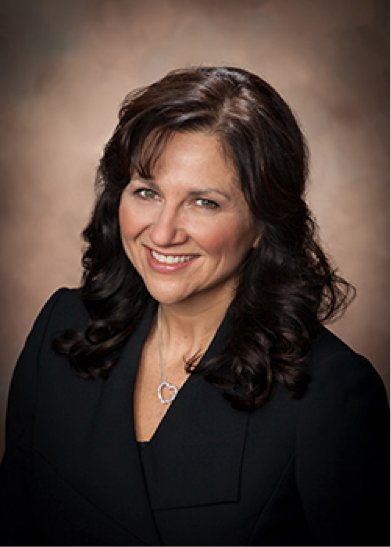 Federal law does not explicitly protect gay and lesbian employees from discrimination.  However, the Supreme Court of the United States (SCOTUS) has decided to hear three cases that involve LGBT rights and non-discrimination in employment.

Two of the three cases SCOTUS agreed to hear address civil rights protections for lesbian, gay and bi-sexual employees and one addresses transgender employees.  These are the first big cases being heard by the Court since Justice Kennedy left the court. Kennedy was a champion of LGBT protections and his absence on the court leaves many wondering if the outcome of these cases will be protective of LGBT rights in the workplace.

All three cases are being heard together and oral arguments are set for October 8, 2019.  SCOTUS discussed these cases at least 14 times at its weekly conferences before finally deciding to hear them and decide what protections LGBT have in the workplace.

The cases being heard came from two different circuit courts, Bostock is from the 11thCircuit and Zarda from the 2ndCircuit, and have they reach contradictory outcomes and legal analysis.

Bostock filed a complaint in United States District Court for the Northern District of Georgia alleging he was fired because of his sexual orientation. He subsequently amended the complaint to include an allegation of unlawful discrimination for failing to conform to a gender stereotype. Clayton County, his previous employer, moved to dismiss the complaint arguing that the complaint did not state a viable claim for relief because Title VII does not protect anyone from discrimination based on sexual orientation. The district court granted the motion to dismiss. The Eleventh Circuit affirmed the decision.

Zarda, an openly gay skydiving instructor, was fired by Altitude Express after a female customer’s boyfriend complained that Zarda had come out to her while preparing for a “tandem skydive” during which they would be strapped together.

He claims that he was fired because of his sexual orientation and because he does not fit in the sexual stereotype of a man.  The district court dismissed both claims. The latter claim was dismissed because Zarda testified under oath that he is masculine and the former because the court found the law does not protect sexual orientation under Title VII of the Civil Rights Act.

During Zarda’s litigation of the matter, the EEOC issued the opinion of Baldwin v. Foxx, which found “allegations of discrimination on the basis of sexual orientation necessarily states a claim of discrimination on the basis of sex.” The district court did not find that the Baldwin case overruled existing Second Circuit precedent holding sexual orientation was not protected under Title VII.  Zarda was permitted to take his state claims, which did protect sexual orientation, to trial. However, the jury returned a verdict for the defense.

Zarda appealed to the Second Circuit Court of Appeals. They ultimately reversed the Title VII holding below and found sexual orientation is a subset of sex discrimination. The rationale was based on sex stereotyping because a sexual stereotype of being a man or a woman necessarily includes being attracted to the opposite sex.

Stephens filed a federal complaint under the Title VII sex discrimination provisions.  The district court found the EEOC, who litigated the case for Stephens, raised a viable sex stereotyping claim under Title VII.  Nevertheless, the district court ruled in favor of Harris Funeral Homesbecause of the Religious Freedom & Restoration Act (RFTA). The district court held, “Since Rost cannot in good conscience ‘support the idea that sex is a changeable social construct,’ forcing him to allow a male funeral director to present as a woman while representing Harris Homes ‘would impose a substantial burden’ on Rost’s ability ‘to conduct his business in accordance with his sincerely-held religious beliefs.”

What should you expect at SCOTUS oral argument on October 8, 2019?

There will likely be a lot of distinguishing between sex discrimination and sexual orientation by the opponents to LGBT rights. The advocates will likely refer to the Loving v Virginiacase that found prohibiting marriage between an African American and white person discriminated, not only against the African American, but also created a disparate impact on the white person.

The arguments in the briefs center on the distinction of inclusion of gender in the word sex.  Title VII uses sex to define discrimination. There is no specific provision that includes gender or gender identity in the definition of sex, so the SCOTUS justices that do not want this will focus on the plain language of the statute.  The others will ask Harris counsel how gender is not within the meaning of sex.   I also expect some questions will arise about the Religious Freedom & Restoration Act and how that applies to employers with sincerely held religious beliefs.  This was not well briefed by the participants but I expect Alito, Gorsuch, and Kavanaugh will at least inquire about this.

The oral argument will tell us if there is a swing vote. Most recently, Chief Justice Roberts has played that role.  I am attending the oral argument and will report back on the questions and inferences that can be drawn from the SCOTUS questions.