Founded in 2006 and based in Toronto, Rainbow Railroad has evacuated more than 600 LGBT individuals from 22 hostile countries. The small, unassuming operation fielded more than a thousand requests for help last year and says that number will increase this year.
Posted Thursday, May 30, 2019 8:54 am

For individuals in nations where being a part of the LGBT community threatens their freedom, safety and, sometimes, their lives, the Rainbow Railroad provides a way out.

Stories of exodus mark a central theme in human history. War, famine, crippling poverty: all have forced people to flee one country for another. But there's a growing reason for leaving home and homeland.

In more than 70 countries worldwide, lesbian, gay, bisexual and transgender, or LGBT citizens live in fear for their freedom, their safety and, in some cases, their lives. Their governments not only sanction brutality against them but often carry it out. There is no obvious or easy escape path, but for those lucky enough to hitch a ride, there is something called the Rainbow Railroad.

Like the Underground Railroad, the Rainbow Railroad helps those fleeing danger get across borders to safety. And like its historical namesake, this network shrouds its operations in secrecy. But over a recent six-month period, we got a look at how the Rainbow Railroad works. We met escapees from three continents and were on hand for a series of departures and arrivals.

Founded in 2006 and based in Toronto, Rainbow Railroad has evacuated more than 600 LGBT individuals from 22 hostile countries. The small, unassuming operation fielded more than a thousand requests for help last year and says that number will increase this year. 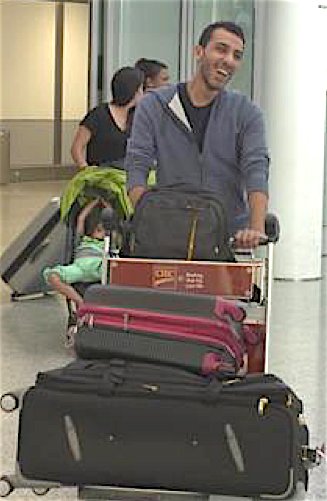 Last June, on the first day of summer, Abanoub Elias left his old life in Egypt and arrived at a refugee at Toronto's Pearson International Airport.

Rainbow Railroad staff was there to greet him and on the ride into town, Abanoub took it all in: new country, new landmarks. First stop: a familiar face. This reunion was nine months in the making. Abanoub and Ahmed Alaa, two friends in their twenties, first met in Cairo on September 22, 2017. The occasion: a concert by Mashrou Leila, a Lebanese band, popular throughout the Middle East, whose lead singer is openly gay. Caught up in the music and the moment, Abanoub did the unthinkable for a gay Egyptian. He raised the rainbow flag, a symbol of gay pride. Ahmed spotted this bold stranger in the crowd of 35,000 and says he was inspired. 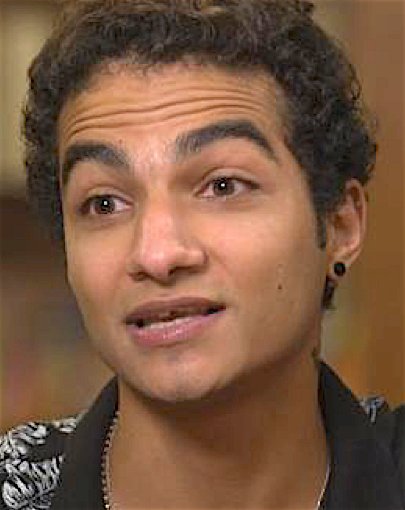 The two waved the flag together.

Ahmed Alaa: It was the best five minutes of my life. In the bad situation in Egypt, you can't talk about anything. Now, you are raising the flag. You are talking about LGBT rights. Oh my God. You can't talk about that in Egypt, in-- public—a public area. In Egypt, just being openly gay can bring trouble. Human Rights Watch says 300 LGBT citizens have been detained under the country's debauchery laws in the last five years.

Hours after the concert, Egyptian media denounced the flag raising and security forces took the opportunity to crack down on Cairo's LGBT community, arresting dozens. Panicked, Ahmed posted a video to social media to get his story on the record.

"It's clear to me that I am wanted by the police," he said. He was arrested days later for "promoting immorality." Police also questioned him about a woman named Farida. 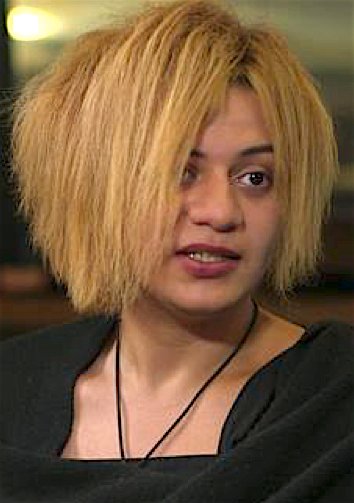 Farida Abo Aouf, a trans woman and well-known LGBT rights worker in Cairo, got word police were asking about her and knew she had to leave Egypt. She took a video the night she escaped. She says she couldn't risk being recognized along the way, so she cut her hair and took shots of testosterone to look more masculine again. Farida said she almost didn't make it past Cairo's airport officials, who pulled her aside for questioning.

Farida made it to Canada, where Rainbow Railroad staff was waiting for her, having learned about her situation from their network in Egypt. They got her settled in Toronto, where she told them about Abanoub, who had gone into hiding outside Cairo, and Ahmed, who was serving three months in solitary confinement.

Farida Abo Aouf: I was crying a lot. I told them, "Please help my friends. Please. They are in jail; can you please help them?"