Queer in the pulpit

For many within the LGBTQ+ community, religion has been used against us. We often run from it or denounce it, finding our own way through life without the institution’s creed. Yet others within our community embrace it and even transform it. A few of us become leaders within the religious doctrine, spreading messages of love and acceptance from the pulpit. 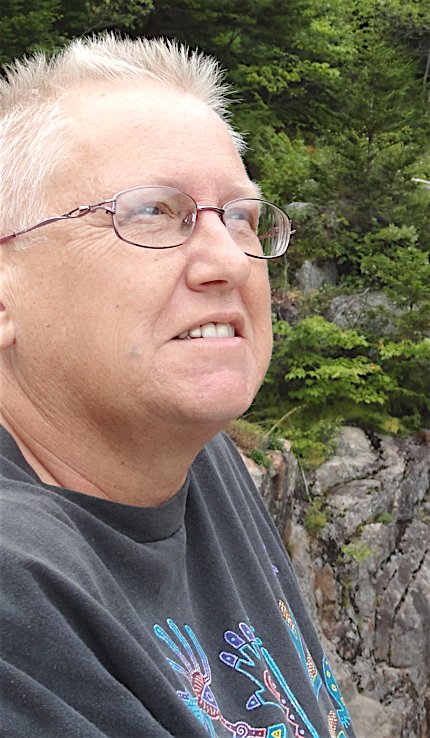 Pastor Eva O’Diam of the Dover United Church of Christ was born into a Presbyterian household, but early on her parents had a falling out with the faith and turned to the Church of the Brethren. She actively participated in youth group and eventually O’Diam attended the Church of the Brethren College in Indiana to study Sociology and Criminal Justice. Working as a probation officer, O’Diam knew that gay and lesbian people existed, but was too busy getting through school to think much about her own sexual orientation. As she got more involved with seminary, she came to the conclusion that the Bible did not condemn homosexuality but required all people be treated with love.

Ministering to the Church of the Brethren in Baltimore, O’Diam met many lesbians and began to question her own sexuality. While guest pastoring at the Metropolitan Community Church, she came to terms with her sexuality and entered into a long-term relationship with another woman. Within time, she resigned as pastor by choice rather than having the church ask her to depart due to her sexual orientation.

O’Diam took to alternate ministry, returning to prisons to support inmates struggling with their sexual identities and religious creeds. She led sensitivity trainings for volunteers while considering a return to ministry. O’Diam then ministered at the Harrisburg Metropolitan Community Church for 17 years. There she worked with the transgender community, dealing with controversies over bathroom usage and acceptance of the wider LGBTQ+ community.

Later, O’Diam worked for Alder Health Services as the Director of Client Services for six years before being called back to ministry. Recognizing she could not leave her own sexuality out of ministry, O’Diam transferred her credentials to the United Church of Christ in Penbrook before eventually taking over the ministry of Dover. There, she helped the church achieve its Open and Affirming status while living with her wife.

Her message to the LGBTQ+ community is that “God created you, celebrate that. You are not a mistake, you are a unique part of God’s Creation, and one that none of us can do without.” 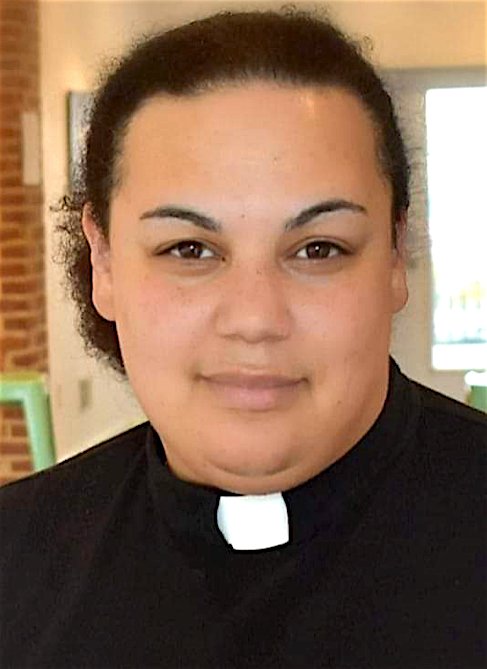 Vicar Carla Christopher of York’s Union Lutheran was brought up in a tradition that clashed with her sexual orientation. She grew up Episcopalian, though her family did not teach her any prejudice against LGBTQ+ people, they just never addressed the topic. While attending the Intervarsity Christian Bible School in New York, Christopher came out as lesbian. The ultra-conservative school emphasized purity culture and denounced the LGBTQ+ community. At age 18, Christopher was rejected by her faith community and sent to conversion therapy in Champagne-Urbana, Illinois.

She snuck out of a window, ran away, and called her mom from a pay phone. Christopher’s family rescued her, driving in a snow storm from New York to Illinois to pick her up. For 10 years, Christopher left the church before returning to a few all-gay churches. She started performing poetry on working through her relationship with God at the Heidelberg United Church of Christ in York. The pastor encouraged her to pursue seminary. Hesitant to become a leader, she entered into a lay person licensure, meaning that she could preach locally. During her classes, her professors pushed her to go for full ordination.

She regularly met with the minister of Union Lutheran to engage in theological discussions. The minister introduced her to the Lutheran Bishop, who told her that it was time for her to stop being safe and work for change. That gave her the inspiration to enter the ministry and seek ordination. As she finishes up her seminary, she has received very little pushback based on her orientation. Yet, Christopher feels affected by the intersection of her race, gender, and sexual orientation by a lack of inclusion. She has not been invited to join the Black Ministers Association and while there is willingness to coordinate on Social Justice issues, she finds that conversations often stop when the option to share in worship is offered. While her church is not officially Welcoming and Affirming, Christopher and many other LGBTQ+ individuals call Union Lutheran home as they work toward that status.

What Christopher shares with her LGBTQ+ community is that “You are beloved, not tolerated, not accepted, but specifically, lovingly, joyfully wanted and celebrated for your unique gifts. Jesus was persecuted and misunderstood, all for being on the side of Love every single time. And in this broken world, as a queer person, you are closer to Jesus than almost anyone.” 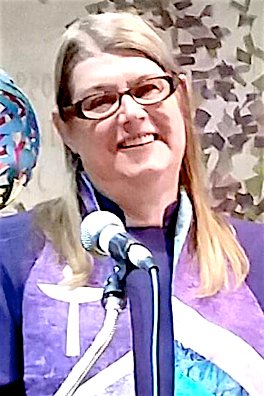 Reverend Terry Cummings, the new minister for the Unitarian Universalist Congregation of York, had no religious upbringing in Wolverhampton, England. As a young boy, Cummings moved in a secular world while being further turned off by religion due to the Troubles in Northern Ireland and the wars in the Middle East. Despite marrying two Catholics, Cummings did not care for the ethos of religious doctrine and found the liturgy rote and non-spiritual. Cummings maintained a negative view of religion well into middle age while maintaining an inherent belief in the existence of some Higher Power.

Cummings views regarding religion changed during her gender transition. After friends and family abandoned her and many clients to her New York law office fired her, she found solace in the disorganization yet welcoming nature of Unitarian Universalism. It was not long before Cummings involved herself with the Undoing Racism Committee and worked alongside others to feed the homeless, teach socially- and sexually-progressive Sunday School classes, and becoming a member of the Board of Trustees in her local congregation. Cummings found her chosen family with the Unitarian Universalists, and she realized that in ministry she would find something outside of Law to run to, rather than running from.

Her message to the LGBTQ+ community, and to all human beings is that “You are loved, lifted up, seen, supported, and welcome.” She sees her role as “helping to create a safe place for everyone” where they can be “especially loved.” As she enters the York Congregation this August, she looks forward to walking the walk in pushing for Social Justice within the congregation, fighting against racism, oppression, misogyny, and anti-multiculturalism. She finds that these issues impact the LGBTQ+ community, especially queer people of color. Her intent is to break down barries and discourage the labeling of people, which she feels violates their lives. “I won’t treat an LGBTQ+ person any different than anyone else,” she said following one of the Unitarian Universalist Principles that upholds the inherent dignity of every individual.

These ministers’ paths are not always easy. The lives they have lived and the struggles they have endured to embrace religion and become ministers aligns with the same hardships they faced in accepting their identities and orientations. Telling their stories and sharing their messages may help others to stop running and to find acceptance where before they found only scorn.