Doctor talks about his own HIV journey

I’ve learned from direct experience of how physicians, family, friends and partners can deal with those who are dying in order to help the dying live as fully and as serenely as is possible. ... Hopefully, my book will educate others about some of the mistakes I made both in treating patients and caring for myself.”
By The Central Voice

When young Dr. Andrew Faulk first learned he was HIV-positive, he was devastated for it certainly meant imminent death. Until then, he’d been an outstanding young physician with years of intensive training. That day, without warning, he faced the great divide of his life – HIV infection.

Due to the rigors and stress of training, he considered abandoning his medical career. But, instead, he dedicated the remainder of his life to the fight against AIDS, ultimately participating in the care of approximately 50 patients who died, many his own peers, including his partner.

Being HIV-positive, Faulk discovered something other doctors didn’t experience—in every patient he cared for, whatever the symptoms, he saw himself. As patients and friends died around him, at any time he, too, could have “stepped off the earth.” Yet with intuition, insight and compassion, he brought peace and comfort whenever possible to those he called “my guys.” After a long silence he recounts those heroic years and tells this, his true story as doctor, patient and survivor.

A native of Seattle, Faulk saw his first HIV patient while still in medical school. After his training in San Francisco, an epicenter of the AIDS epidemic, he moved to Los Angeles where he participated in the care of approximately 50 patients who died from the disease. He now lives with his husband, Frank Jernigan, in San Francisco where he paints and is active in progressive politics.

Q: You wrote your book because?

A: I wanted to provide a historical record. With time bits and pieces of HIV history are being lost. I also wanted to memorialize some of the remarkable courage and insight of those lost to the disease.

Q: You learned a lot from those around you?A: I’ve learned from direct experience of how physicians, family, friends and partners can deal with those who are dying in order to help the dying live as fully and as serenely as is possible. This will provide assistance to physicians and patients who may face an epidemic in the future. I also wanted to express my personal philosophies concerning how physicians should deal with those dying and those around them who are living. Hopefully, my book will educate others about some of the mistakes I made both in treating patients and caring for myself.

Q: So, history is important? Especially the history of an epidemic? 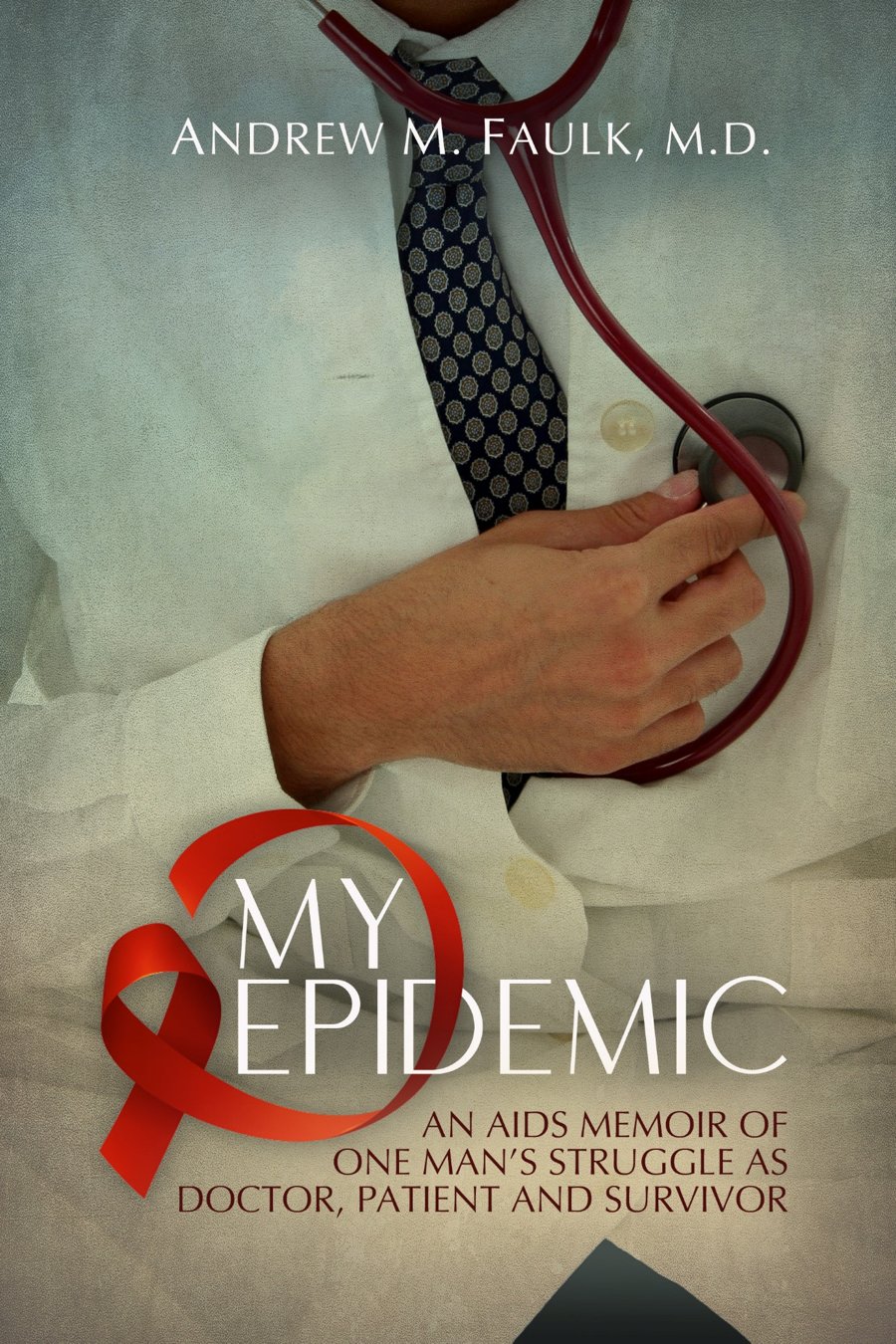 A: For years after I left medicine, I mistakenly assumed that if I couldn’t give answers that I had nothing to say. Slowly I began to see a truth that many had realized before me: our individual histories were actually rich in solace and hope. I also realized that as time progressed, although mapped so well by other authors, the history of this time of terror and loss was slowly being forgotten by society—both straight and gay. During the worst of the epidemic, I assumed that those days would never, ever be forgotten. I realize that that wasn’t necessarily true, so I wrote to memorialize my history as an HIV-physician before it could be lost.

Q: What was your biggest insight into your experience after writing your memoir?

A: Since the end of my practice, I’ve learned that the best method of dealing with loss is not the route of solitude and silence I often chose. Occasionally in the book I explain that I lacked the time or energy to properly grieve—that my work demanded tunnel vision in order to be executed with efficiency and empathy. Such methods are and were unhealthy. It would have been better had I sought out supportive individuals or groups in which to process my turmoil and register my losses. But such insight was not in my emotional vocabulary at the time. It is now.