Michelle LeClair's loving relationship with Tena Clark (right) ultimately led to LeClair and her mother, both longtime followers of Scientology, to leave the church. LeClair talks about her defection from the church, her newly accepted sexual identity, and the lengths to which Scientology went to silence it.
Posted Wednesday, October 31, 2018 7:54 am
By Frank Pizzoli

“There is nothing as powerful as a mother’s love, and nothing as healing as a child's soul.” Unknown said the best things. But what Michelle LeClair said about her and her mother’s ordeal with The Church of Scientology is even better.

LeClair, former president of Scientology’s international humanitarian organization, tried to reconcile her same-sex attraction with the church’s anti-gay ideology. She finally ends her horrific marriage to a man, which she tells The Central Voice was “abusive”.

Eventually, LeClair finds the love of her life, a woman, and ultimately leaves the church. But the split comes at a terrible price. Her once pristine reputation is publicly dragged through the mud, the police raid her home, her ex-husband tries to gain full custody of their children, and the multi-million-dollar business she built from scratch is utterly destroyed. 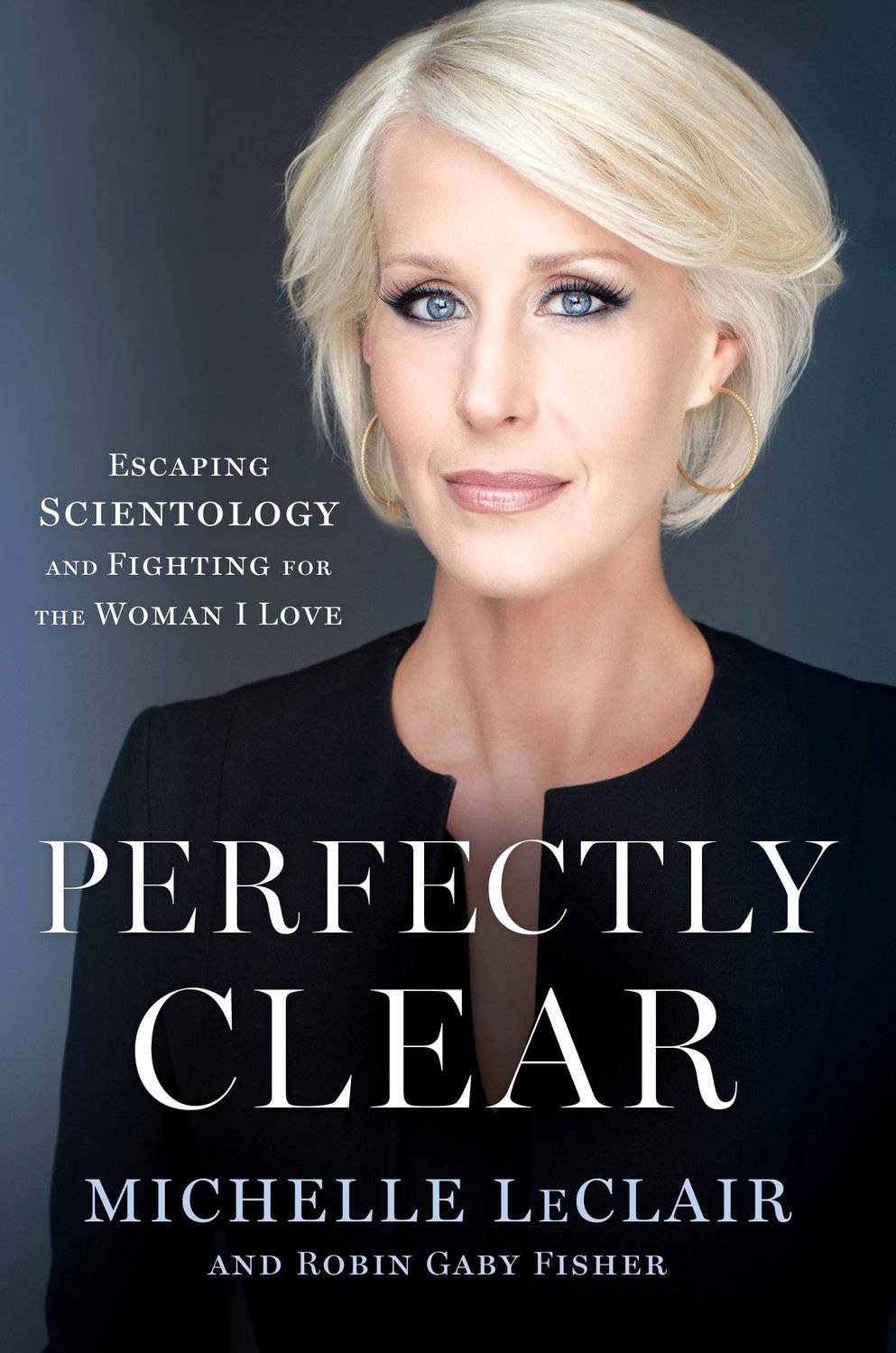 In her tell-all memoir, Perfectly Clear, Escaping Scientology and Fighting for the Woman I Love, LeClair offers an insider’s perspective on Scientology’s pervasive influence, secret rituals, and ruthless practices for keeping members in line. It’s a story of self-acceptance, of finding the strength and courage to stand up for your emotional freedom, and of love prevailing.

In a cover story for People magazine, LeClair, told about her and her mom Terri’s eventual defection from the church, her newly accepted sexual identity, and the lengths to which Scientology went to silence it. Both she and her mom Terri, who worked for the church for 25 years, are at peace with one another but not before many tangled struggles with each other and spiteful Scientologists.

“My mother was hysterical when I told her I was gay,” LeClair told The Central Voice. “What will the church say? I’ll lose my job (with Scientology).” That was then. Now is now. “We’re as close as can be,” LeClair says. They live within miles of each other in rural Georgia where LeClair lives with the love of her life Tena Clark. She has her mother’s love. Her daughter’s soul is healed.

LeClair’s loving relationship with Clark – which sparked the book title - is what caught Scientology’s hair on fire.

LeClair and her mother Terri put out that fire by leaving the church. After 21 years and $5 million in donations and sweat equity, LeClair had enough. Terri devoted 25 years of 14 to 18 days to the church. Most of those years overlapped. LeClair was 16 years old when her mom joined. After a serious, life-changing vehicle accident at 18, LeClair joined by the time she was 19.

“When you’re 18, 19 years old and someone, in this case a Scientology auditor, wants to hear every detail of your life, you’re grateful for the attention,” LeClair says. She told NBC’s Megan Kelly she disclosed early to an ‘auditor’ her youthful attraction to women. Interestingly enough, that’s where her auditor wanted to begin the discussion, immediately focusing on her sexuality and sexual history, she explained. Of course, same as Conversion Therapy, her auditors had no doubt they would change her same-sex attraction.

Her compelling, relevant story made short – LeClair fought her same-sex attractions through a 14-year marriage to a man, then against Scientology’s rules finally divorced him after falling in love with Clark.

Today they live an entwined life unencumbered by LeClair’s skirmish with Scientology, but that took some maneuvering by her, Clark, family, friends. Afterall, Hell hath no fury like a Scientologist spurned.

“We all need a support circle,” she tells Voice. After serious legal entanglements with the State of California, now resolved, $1.1 million in ‘pay back’ to former business clients and establishment of an independently managed trust fund, all detailed in her book, she looks toward the future with hope and renewed energy.

LeClair warns the LGBT community: “Beware Scientology. They are the same as Conversion Therapy. They believe they can change your sexuality.”

Now settled into a loving relationship with Clark, LeClair’s voice belies her renewed sense of wonder about the world. “I have what I call ‘pinching days’ when I wonder if my life is real,” she tells Voice. Her book will bring closure for her. All proceeds from book go the trust established to benefit former clients caught up in the scandal “I have no regrets and sleep well at night,” LeClair says.

SCIENTOLOGY IN A NUTSHELL

Scientology is a body of religious beliefs and practices launched in May 1952 by American author L. Ron Hubbard (1911–86).

Hubbard initially developed a program of ideas called Dianetics, distributed through the Dianetics Foundation which soon entered bankruptcy. Hubbard lost the rights to Dianetics: The Modern Science of Mental Health. He then recharacterized the subject as a religion and renamed it the Church of Scientology.

A 2001 survey estimated that 55,000 people in the U. S. claimed to be Scientologists. Worldwide membership estimates range between 100,000 and 200,000, mostly in the U.S., Europe, South Africa and Australia, reported Rolling Stone magazine.

Although the Church of Scientology claims to be the fastest growing religious movement on Earth, the church’s estimates of its membership numbers are reportedly significantly exaggerated.

We Must do MORE Tour is coming

Students take their message to Toomey